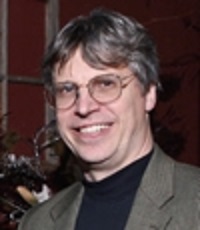 Work in our laboratory focuses on the role of migratory leukocytes in the pathogenesis of chronic disease. Unlike acute disorders which are rapidly cleared by the immune system, chronic diseases involve long-term “balance” of immunity and pathogenicity, ultimately resulting in ongoing tissue damage and potential permanent organ-specific pathology. In our work, we focus on the use of sheep as an experimental animal model due to its similar size and physiology to humans. Currently, work in our laboratory focuses on the role(s) of migratory leukocytes in the pathogenesis of (a) Prion diseases, such as scrapie (b) lung cancer and (c) persistent viruses, such as Hepatitis. Current projects in our lab include identification and definition of the role(s) of a population of “suppressor” leukocytes in viral infections, definition of the role of B cell subsets in the pathogenesis of prion diseases, and characterization of the role of so-called gamma-delta T cells in disease responses. Potential undergraduate projects in our laboratory would involve extensive use of flow cytometry, cell culture techniques, and molecular biology to evaluate the role(s) of specific leukocytes in the progression, maintenance, and resolution of these chronic diseases.