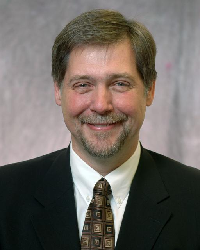 As Pseudomonas aeruginosa transitions between aerobic (Entner-Duodoroff) and anaerobic respiration, denitrification may serve as an energy-efficient metabolic pathway for population growth and maintenance. During this transition, formation of biofilms by high density bacterial populations may create microaerobic to anaerobic environments that promote the selection of nitrate (NO3-) or nitrite (NO2-) for electron sequestration. This study continues to examine the influence that inoculum population density has on the rate of nitrate reduction and residual nitrite accumulation as an indirect measure of metabolic denitrification in Pseudomonas aeruginosa PA102 (ATCC™ 27853). Results from pilot studies suggest that even though the onset of denitrification may be influenced by inoculum population density, the rate of nitrate reduction and residual nitrite accumulation appears to be constant, respective of population density in the early periods of population exponential growth (early logarithmic phase). Corroborative research continues to support hypotheses wherein the expression of the Psl exopolysaccharide both contributes to aggregation of cells in biofilm formation and advances the selection of denitrifying electron transport systems. Information derived from these studies may clarify the involvement of Pseudomonas spp. in the epidemiology, pathology and chemotherapy of external and middle ear infections of personnel living in extreme environments (i.e., submarines, space stations and undersea habitats), synergetic chemotherapeutic and hyperbaric oxygen treatment of patients with cystic fibrosis or severe burns, and multi-staged nitrate bioremediation processes.