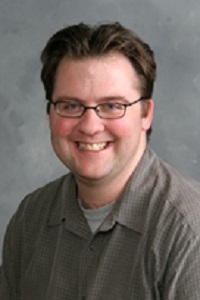 Platelets are small, anucleate cells that circulate through the vasculature and are critical for normal hemostasis and contribute to disease-causing thrombosis.  Given this pivotal role in human health, platelets are a focal point for study and treatment of occlusive cardiovascular disease.  Central to their role in responding to vascular damage is the ability for platelets to recognize microenvironmental perturbations after injury via receptor-mediated cell signaling.  Released chemical mediators and exposed proteins following injury bind to platelet receptors and result in platelet adhesion, self-aggregation, and recruitment of clotting and inflammatory mediators to facilitate repair.

My lab focuses in two elements of this platelet response.  First, we study how the platelet response to environmental mediators is integrated.  Even though we know many of the individual protein players that facilitate the response, how these proteins form larger communication networks is still largely unknown.  To better characterize how alterations in the platelet environment change overall platelet function, I am using a systems approach to platelet signaling that merges platelet responses measured at the lab bench with proteomic tools.  My main goal is to use computational models to make detailed maps of platelet signaling.

Second, we aim to understand how genetic variation influences platelet function.  My lab has been obtaining blood samples from Native Americans and measuring their platelet phenotypes.  We aim to correlate the phenotypes with the underlying genotypes with the goal of finding genetic signatures that correlate to variable platelet function.  This project may help address some of the disparities in cardiovascular health in Native Americans, as the platelet responses may help inform treatment options.