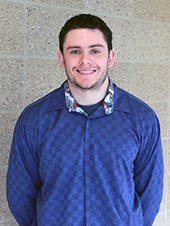 I am seeking to identify the barriers to physical activity and exercise among older adults living in rural communities in South Dakota.  Once identified, we will seek to determine which behavior change strategies combined with resistance training exercises will yield the highest amount of exercise self-efficacy and improvements on physical performance tests among this population.  We will also seek to determine which method(s) of resistance training is not only most effective, but which are also the most efficient and safest.  Research on older adults and resistance training is widespread, however, there is very limited research and data specifically dealing with rural communities.  As every community in South Dakota is considered rural with the exception of Sioux Falls and Rapid City, this information is vital to the health and vitality of the older adult population in South Dakota.