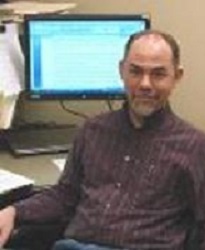 Nociception (the perception of pain) is a critical function carried out by the nervous system that protects us from additional injury or death. My laboratory is interested in the cellular mechanisms of how nociceptive signaling is modulated. We are specifically interested in a class of lipid neurotransmitters referred to as endocannabinoids. These transmitters act on a variety of receptors including a class called the Transient Receptor Potential Vanilloid or TRPV channels. We are especially interested in how endocannabinoids can have both anti-nociceptive and pro-nociceptive effects. Our research to date suggests that these transmitters differentially modulated nociceptive and non-nociceptive synapses, depressing the nociceptive synapses (an anti-nociceptive effect) and potentiating the non-nociceptive synapses (a potentially pro-nociceptive effect). These studies utilize the medicinal leech, Hirudo verbena, as a model system because the nervous system in Hirudo is very well characterized in terms of the identity, functional role and synaptic connections of individual neurons. This makes it possible to carry out detailed analysis of pre- versus postsynaptic cellular mechanisms mediating synaptic plasticity and to link plasticity in individual neurons or synapses to changes at the behavioral level. The lab utilizes electrophysiological, behavioral, and molecular biology approaches to address these questions about endocannabinoids and nociception. This comparative approach can uncover fundamental mechanisms of nociception and endocannabinoid modulation that may also have applications for the treatment of chronic pain. Currently our research is supported by the National Institutes of Mental Health (1R01NS092716-01A1), USD Center for Brain and Behavior Research, and the Division of Basic Biomedical Sciences.