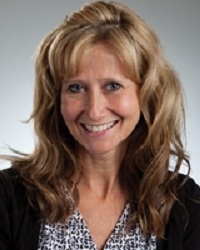 The effects of gestational diabetes and obesity during pregnancy can extend beyond those of the mother and include devastating consequences in the developing fetus. Gestational diabetes is increasing at an astounding rate of 10% each year, affecting up to 14% of all pregnancies. Additionally, 35% of women of child bearing age are now obese. Babies born to mothers who are overweight or have diabetes during pregnancy are at higher risk of birth defects and neonatal illness. They also have an increased risk of developing diabetes, high cholesterol, obesity and cardiovascular problems later in adolescence and adulthood. Our lab investigates the role of altered circulating fuels that cross the placenta to affect the developing fetus during a critical window of development. Excess fuel exposure may alter cell growth and function, leading to lifelong changes in the structure and function of the body through a process called "fetal programming". The objective of our lab is to determine the molecular mechanisms by which maternal dyslipidemia associated with diabetes and a high-fat diet affects the developing fetus and to develop interventions to prevent "programmed" disease even before it begins.